Size: Customize according to the sample, or customer's drawing

K-Tek is a custom machining parts manufacturer in China, most of our machining equipment and test equipment are imported from overseas. And we warmly welcome you come to visit our factory or send us drawings to quote as reference.

Mechanical parts mechanical parts under different external forces, will produce different forms of deformation. The main forces and deformations are as follows:
Stretching and compression
This type of deformation is caused by a pair of forces of equal magnitude and opposite direction, and the line of action is coincident with the axis of the bar, which is shown as elongation or shortening of the length of the bar. Such as lifting heavy cable, truss rod, hydraulic cylinder of the piston rod deformation, all belong to the stretching or compression deformation. In engineering, it is common to see bars that are subjected to tension or compression. For example, fastening screws, when tightening the nut, the pressed workpiece has a reaction force on the screw, the screw bears tensile; The screw of the jack undergoes compression when lifting a weight. The former occurs elongation deformation, the latter occurs shortening deformation, the straight bar along the axis by the same size, opposite direction of the external force action, elongation or shortening deformation, called the axial stretching or compression of the straight bar.
shear
It is often seen in engineering to bear the shear action of the component. The common characteristic of this kind of bar force is that it is acted by the external force of equal magnitude and opposite direction on both sides of the member, and the acting line is close to each other and perpendicular to the bar axis. Under the action of such external force, the main deformation of the bar is as follows: the cross section m-m between the two forces is the boundary surface, and the two parts of the member are relatively staggered along the surface. This form of deformation of the member is called shear, and the cross section m -- m is called shear plane, which is parallel to the direction of the external force. When the external force is sufficient, the member will be shears along the shear plane. There is only one shear plane, called single shear, and the component is compressed at the same time, and both sides are also squeezed by other components. This phenomenon of local surface compression is called extrusion. If the pressure is high, the local area of the contact surface will have significant plastic deformation, resulting in the structure can not be used normally, this phenomenon is called extrusion failure. In addition to shear and extrusion, joints are often accompanied by other forms of deformation. For example, bending or stretching deformation. However, as these deformations are secondary to shear and compression deformations, they are generally not considered. This kind of deformation form is caused by the force of equal magnitude, opposite direction and parallel line of action, showing that the two parts of the shear bar are relatively staggered along the direction of external force action. The joints commonly used in machinery, such as keys, pins, bolts, etc. all produce shear deformation.
reverse
This form of deformation is caused by two couples of equal magnitude, opposite directions, and acting surfaces perpendicular to the axis of the bar. It shows that any two cross sections of the member rotate relative to the axis. The drive shaft of the automobile, the spindle of the motor and the hydraulic turbine are all torsional bar parts. When there is a force couple action in the plane perpendicular to the rod axis, the rod will produce torsional deformation, that is, each cross section of the rod rotates relative to the rod axis. The torsional deformation of the bar has the following characteristics: force: the two ends of the bar are perpendicular to the axis of the bar in the plane acting on two couples, the moment of the couple is equal, opposite direction. Deformation: each cross section of the rod rotates relative to the axis of the rod. The Angle of rotation between any two cross-sections is called the relative torsion Angle. Torsional deformation components are often encountered in engineering. For example, the two hands of the driver exert an equal, opposite and parallel force on the plane of the steering wheel. They form a couple acting on the end of the joystick, and the end of the joystick is acted on by a countercouple from the steering gear, so that the joystick is twisted. This type of deformation is caused by a transverse force perpendicular to the axis of the rod, or by a pair of equal and opposite forces acting on the longitudinal plane containing the axis of the rod, showing that the axis of the rod changes from a straight line to a curve. In engineering, the bending bar is one of the most common situations. The deformation of girder, mandrel and turning tool of bridge crane belongs to bending deformation. Under the force, the axis of these straight bars will bend from the original straight line into a curve, and this deformation is called bending. A member whose deformation is dominated by bending is usually called a beam. There are also some rod at the same time several basic deformation, such as lathe spindle work bending, torsion and compression of three basic deformation; There are two basic deformations, stretching and bending, occurring at the same time in the drilling machine column. This condition is called combinatorial deformation.

Company Profile
K-Tek Machining  Co., Ltd. was founded in 2007, located in Dongguan, China, the  "manufacturing capital of the world", covering an area of more than  20,000 square meters, specialized in precision machinery parts processing and has passed the ISO9001:2015 quality management system certification.

We can customize the production of all kinds of precision machinery parts according to the requirements of customers, products related to machinery, electronics,  automation, automotive, medical, new energy and other fields. In order to ensure the quality requirements of our customers, we have imported advanced  processing equipment and testing equipment such as Five-axis Machine (DMG),  CNC, WEDM-LS, Mirror EDM, Internal/External Grinder, Laser Cutting, 3D CMM, Height  Gauge and  Material Analyzer etc. from Germany, Japan, Switzerland and the  United States. The company has sufficient precision processing equipment and strict quality management system, the quality of precision parts can meet the global industry standards, products sold overseas.

Quality policy:
People-oriented,Continuous innovation, Quality and efficiency Customer first
Quality objectives:
To survival by quality,customersatisfaction reached more than 95% strive to get 100% customer satisfaction. The quality system is estab -lished on the basis of iso9001: 2015 and set up for high-precision mechanicalproducts,aiming to meet the requirements ofcustomers to the maximum extent.The qualitysystem adopts the process based quality control mode,covering the companys business operation,pr -oduction and manufacturing,customer service,environment and5S monitoring,etc.In order to ensure the quality requirements of our customers, we  have imported  advanced  processing  equipment and testing equipment such as Five-axis Machine (DMG), CNC, WEDM-LS, Mirror   EDM , Internal / External Grinder , Laser Cutting , 3D CMM,  Height  Gauge and Material Analyzer etc. from Germany, Japan, Switzerl and and United States. 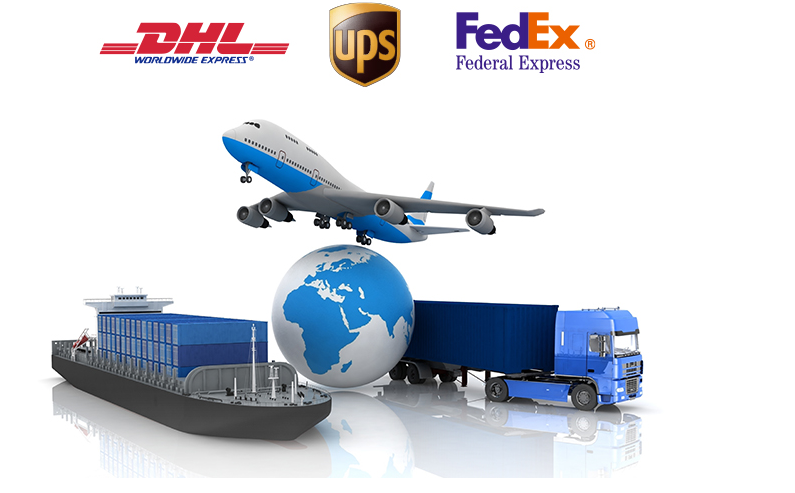 1.What do I need for offering a quote？
A: Please offer us 2D or 3D drawings (conclude materials,dimension,tolerance,surface treatment or other technical requirement）,quantity,application,or samples.Then we will quote the best price within 24 hours for you.

2.How about the MOQ?
A:MOQ depends on your need ,besides,we welcome trial order before mass-production.

3.What is the product cycle?
A:It varies a lot depending on product dimension,technical requirement and quantity.We always try to meet customer's requirement by adjusting our workshop schedule.
4. How long will i get the sample?
A: Depends on your specific items, within 3-7 days generally.

5.What should I do if received defective parts?
A: If you received defective parts, or incorrect parts, please send products photos to us, we will feedback to our engineer teams and QC departments to solve the problem within 24 hours. Regardless of whether the product is damaged during transportation or due to production errors, we will re-produce for the customer and send it to the customer as soon as possible.

6. What type packaging do you use for customer's products?
A: For small and slight products, we will use standard export carton with soft plastic foam packaging. For big and weight products, we will cover soft plastic foam and then use thin films enwind it,finally pack into good quality wooden case shipment. Sure we will also package and transport according to customer requirements.